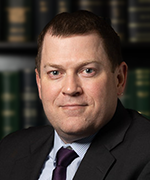 Dan currently holds his CPA and Series 27 licenses. He earned his Bachelor of Science Degree in Accounting from Pepperdine University.

Our website uses cookies to improve the performance of our site, to analyze the traffic to our site, and to personalize your experience of the site. You can control cookies through your browser settings. Please find more information on the cookies used on our site in our Privacy Policy. By clicking OK, you agree to allow us to collect information through cookies.OkPrivacy policy