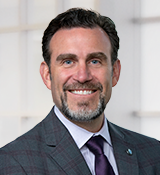 Doug Pryor, CIMA® is the Manager of the Los Angeles and Honolulu offices of Wedbush Securities. Over the course of his 27 year career, Doug formerly held positions at Morgan Stanley and Stifel Financial. While at Stifel, he started the Orange County branch, which he grew within three years from being the sole employee to having 9 advisors and 4 staff members in his office and recruiting another 9 advisors to other offices. He joined Wedbush in 2015 and in 2022 received his Certified Investment Management Analyst, CIMA®, designation.

As a manager, Doug believes in leading by example. His employees and advisors know that he is willing to do anything himself that he asks of them. He has an open door policy and uses his experience to determine priorities, stay organized, and complete tasks quickly. He goes out of his way to make his staff feel appreciated, valued, and makes sure their opinions and voices are heard. By creating an office culture of inclusion, he has kept his staff and advisors motivated to come to work every day which has helped him maintain a minimal turnover rate in his office.

Born and raised in Orange County, Doug obtained his Bachelor of Arts degree in Finance from California State University, Fullerton and currently resides in Palos Verdes with his wife, Shannon, and their five children. In his free time, he enjoys playing baseball and golf as well as visiting the coast as much as possible. He loves cheering on his children who play football, basketball, and cheerleading, and act in school musicals. He is a member of the City Club LA and regularly spends time networking with other professionals in the Los Angeles area.

Committed to my clients, dedicated to protecting their assets, and striving to grow their financial success, supported by a firm built on experience, stability, continuity, innovation and financial safety.

Since our founding in 1955, Wedbush has been a leader in the financial services industry providing our clients, both private and institutional, with a wide range of securities brokerage, wealth management, and investment banking services; Headquartered in Los Angeles, California with 100 registered offices and nearly 900 colleagues, the firm focuses on client service and financial safety, innovation, and the utilization of advanced technology.

The background of this firm and investment professionals may be found on FINRA’s BrokerCheck.

Wedbush Financial Advisors and Independent Contractors may only conduct business with the residents of the states and/or jurisdictions for which they are properly registered. Securities and Advisory Services Offered Through Wedbush Securities, Inc.