Financial systems play an important and necessary role in any culture around the world. Banks, wealth management, insurance, and the stock market are just a few financial systems that several countries use everyday. To gain a better understanding of the differences and similarities of these systems around the world, Managing Director, Steve Massocca, outlined the central banking systems of a few countries and the role they play in the global economy.

We live in a world of diverse cultures, and that includes the financial systems citizens of every country rely on for their business activities. Although the basic tenets of banking, credit, and money might be universal, each country has its own particular system. Perhaps the most important function for supporting economic activity in each area of the world is Central Banking. These state institutions are typically responsible for providing and managing currencies, and regulating commercial banking. There are currently over 100 Central Banks worldwide.

In antiquity, currency or coinage was the purview of the King, and usually coins were graced with the King’s image. The sovereign decided how many and what types of currency were to be issued. Much like today with the U.S. Dollar, some coins were considered more valuable than others outside of their local constituency. Today most observers would say the U.S. Dollar is the most trusted. It is generally considered to be the world’s “reserve currency.” As an example, when another country buys oil from Saudi Arabia, that transaction is denominated in U.S. Dollars. So, when Japan buys oil from the Saudi’s it converts Yen into Dollars to pay. The Dollar, the stability of the United States as a country and by extension the policies of the U.S. Federal Reserve, is the most trusted in the world. Over 60 countries currently peg (or value) their currencies to the Dollar, and as a result live by U.S. monetary policy.

A relative newcomer on the world’s financial stage is a close competitor to the U.S. Dollar. On October 2nd 1997, the treaty of Amsterdam was signed creating the European Central Bank (“ECB”). At that time 19 European countries transferred their monetary policy to the ECB and the Euro was created. The Euro is now second to the U.S. Dollar as a reserve currency, and many African countries peg to the Euro.

In the 1990’s as the European Union (“EU”) was being formed, one participant decided to join the EU with one major exception. The United Kingdom decided to maintain its own currency and central banking authority. The Bank of England was established in 1694. However, this is not the oldest Central Bank; that distinction goes to the Riksbank of Sweden formed in 1656. Much like Great Britain, Sweden joined the EU but retained its own independent Central Bank.

Until late in the 19th Century, most of Japan was governed by feudal warlords. As was typical, feudal leaders issued their own currency called Hansatsu. The Meiji Restoration of 1871 created the Bank of Japan. In 1948, China also experienced a change in its banking structure. Much like Japan, central banking was divided among several separate private banks. When the communist party came to power, they amalgamated these private banks into one entity and created the People’s Bank of China (“PBOC”). In terms of reserves, the PBOC is reportedly the largest central bank in the world.

The PBOC might report to be the largest in the world, but their currency (the Yuan) is pegged to the U.S. Dollar. So much of China’s income is derived from exports to the United States that in order to remain competitive, the PBOC is careful to keep the Yuan valued attractively to international customers.

The Big 4 in central banking are the U.S. Federal Reserve (“Fed”), ECB, Bank of Japan (“BOJ”), and PBOC. However, many smaller countries have their own central banks. There are only nine countries in the world that have no central bank, and they are typically quite small (i.e. Monaco and Marshall Islands). For competitive reasons many will peg their currencies to their biggest import/export partners. Although Costa Rica and El Salvador, as an example, have their own banks, they will be quite attentive to Fed policy in order to keep their exports competitive.

It’s important to remember that although the vast majority of countries have their own central banks, which primarily work in the best interests of their own respective economic well-being, it has become abundantly apparent that the global economy requires some teamwork to make it all happen. “No man is an Island,” wrote English poet John Donne. The same can be said for Central Banks. In order to facilitate their country’s ability to import or export products, central banks need to protect the value of their home currencies. Central Banks need to work in unison to encourage economic activity.

Looking to build a financial plan based on your goals while considering market trends and risk factors? Click here to check out our approach to Wealth Management. 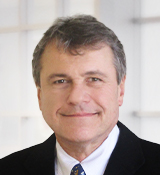 These materials are provided for general information and educational purposes based upon publicly available information from sources believed to be reliable — we cannot assure the accuracy or completeness of these materials. The information presented is not intended to constitute an investment recommendation for, or advice to, any specific person. The information presented here is not specific to any individual’s personal circumstances. To the extent that this material concerns tax matters, it is not intended or written to be used, and cannot be used, by a taxpayer for the purpose of avoiding penalties that may be imposed by law. Each taxpayer should seek independent advice from a tax professional based on his or her individual circumstances. The information in these materials may change at any time and without notice.