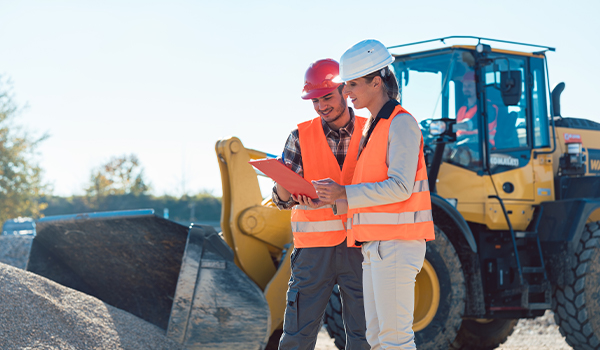 The Biden administration has proposed a $1.9 trillion infrastructure plan also known as the American Jobs Plan. This is a far-reaching plan and covers a number of areas, many of which seem a bit removed from what might commonly be thought of as infrastructure.

What does the proposal include?

The largest component of the plan is for transportation, estimated at $621 billion. This includes money for roads, bridges, railroads, airports, public transit, and other types of infrastructure.

Caregiving services for aging and disabled Americans would consume $400 billion of the proposal. There would be $300 billion in support for manufacturing. Money is earmarked for housing, research and development, education, and support for our water infrastructure. There is $100 billion designated for our digital infrastructure as well.

According to Wedbush Managing Director Steve Massocca, “Infrastructure is one of those projects that anyone near the middle of the US political ideology supports. It is the details that create disagreement.”

He adds, “There is a sense that the US is falling behind especially when compared to Asia. American’s making International trips (back when that was allowed) will witness new airports and roads that are newer and better than at home.”

While the portion earmarked for transportation clearly makes sense, the rationale behind some areas of the legislation may not be as apparent. For example, the $400 billion allocated to home care services will be used to help improve access to services like Medicaid and to boost the wages of home health workers.

The $100 billion designated for workforce development will help dislocated workers, as well as providing high school students with insights into potential career paths before they graduate.

Massocca says, “The final legislation, if successful, will by necessity contain many items far removed from infrastructure. One of the current internal battles within the Democratic Party is the insistence by large state representatives that the cap on SALT deductions be removed.”

He adds, “Many other special interests will seek amendments. Politicians from farming communities as an example will want help for agriculture. The final details will be a flurry of spending far removed from the original topic.”

High speed broadband for all

The Biden plan calls for $100 billion to provide high speed internet access for all Americans. The plan will promote competition among broadband providers. Massocca feels that, “High speed broadband should enjoy bi-partisan support. Many Republicans come from rural districts, the very ones that will benefit from greater broadband availability.”

If passed as is, this proposal could commoditize the internet and remove the competitive advantage some providers currently enjoy. This could reduce their profitability and potentially drive their share prices lower.

Estimates of the number of jobs that the plan would create vary widely depending upon the source and the measurement used. One area where jobs would likely be created is in the construction industry. Workers and managers will be needed to man the various types of infrastructure and home building projects envisioned under the plan.

Jobs will likely be created for home healthcare providers as well. The R&D component of the plan will create the need for jobs in research, development and innovation in climate science and related areas.

The path to becoming law

According to Massocca, the path to this plan becoming law may be complicated. He says, “Political disagreements are significant in Congress. Democrats will have to use reconciliation to avoid a Republican filibuster in the Senate. There are many aspects of Biden’s plan that cannot happen without Republican support and will likely fall by the wayside as a result.”

He adds, “Democrats will use Infrastructure to pursue other unrelated goals like raising the Federal minimum wage and rules making it easier for Unions to organize. Republicans will attempt to block several aspects of what they view as government overreach and over spending. It is very difficult to predict the final details of any successful legislation.”

As we’ve seen since the start of the Biden administration there are certain senators that are key, notably Senator Joe Manchin (D-West Virginia) and some other swing Democrats and Republicans.

Recently the GOP countered this proposal with an infrastructure proposal of their own with a much lower price tag that is under $600 billion. As Steve Massocca has indicted, the final version, if passed, will likely be the product of much negotiation back and forth. Investors will need to watch the process to try to determine the impact on their portfolios and on various segments of the economy.

Looking to build a financial plan based on your goals while considering market trends and risk factors? Click here to check out our approach to Wealth Management.

These materials are provided for general information and educational purposes based upon publicly available information from sources believed to be reliable — we cannot assure the accuracy or completeness of these materials. The information presented is not intended to constitute an investment recommendation for, or advice to, any specific person. The information presented here is not specific to any individual’s personal circumstances. To the extent that this material concerns tax matters, it is not intended or written to be used, and cannot be used, by a taxpayer for the purpose of avoiding penalties that may be imposed by law. Each taxpayer should seek independent advice from a tax professional based on his or her individual circumstances. The information in these materials may change at any time and without notice.